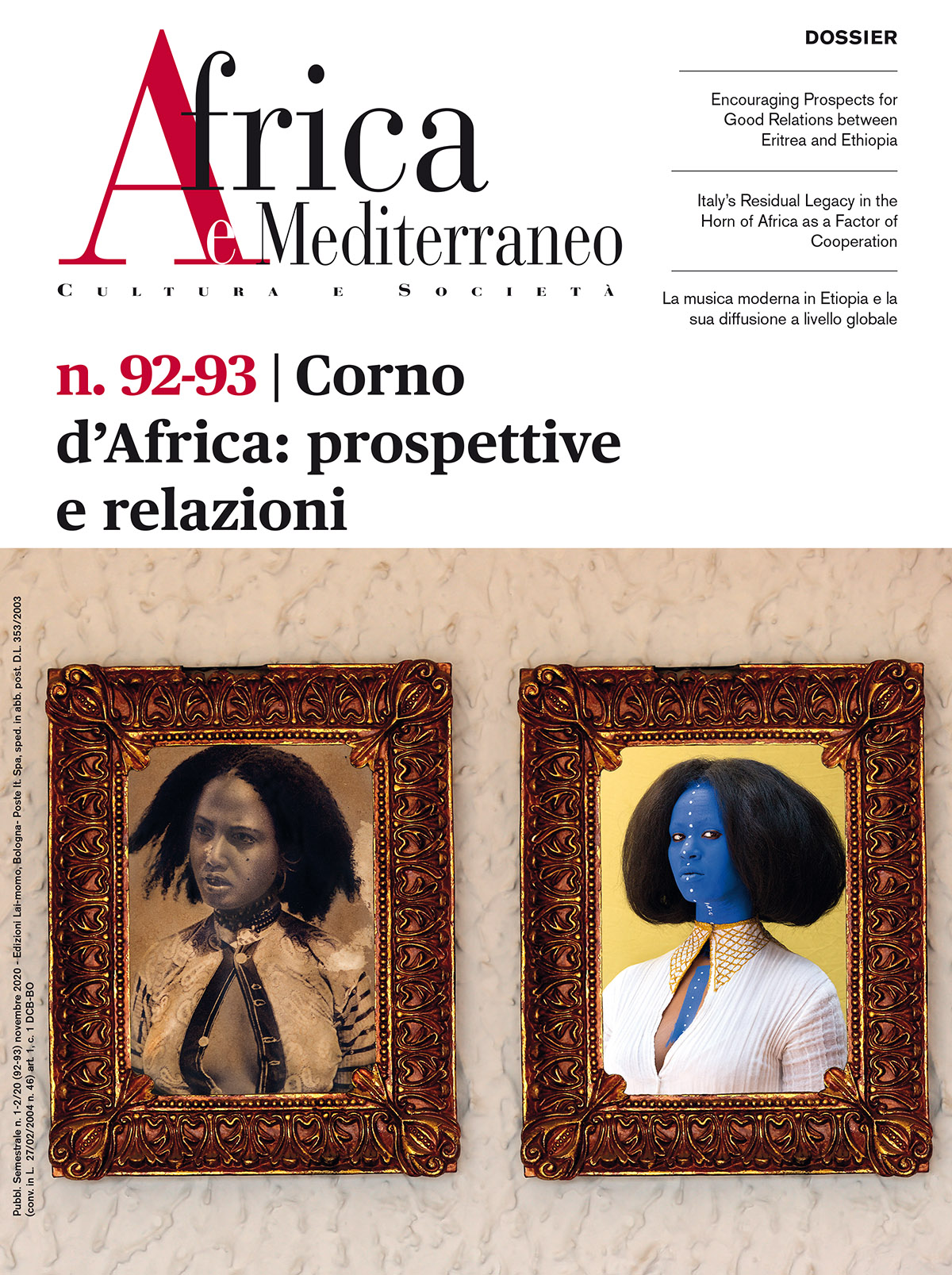 The Horn of Africa has long been identified as an area of permanent instability, where failed states (Somalia) and “frozen conflicts” (Ethiopia-Eritrea) have been the backdrop to local terrorist phenomena (Shabaab), to the commercial expansionism of the Gulf and to the settling of disputes between regional oligarchies (Sudan, South Sudan).

Ethiopia, led by Prime Minister Meles Zenawi and home of the African Union, was the stabilising regional power, thanks to its character, history, military prowess and economic strength. Other factors have marked the insecurity of the area: the military districts in Djibouti needed for tight surveillance and the European operation Atalanta along the Somalian coasts to fight piracy.

Nevertheless, observing the situation more closely, and especially by travelling through the area, the economic and social changes, cultural vitality, youth and female activism are clear. The contrast between the strive towards openness and the immobility of the various regimes has been stark, with many asking themselves what the outcome of this situation might be.

Different phenomena have further contributed to complicate this situation over time.
The increased Chinese presence which at first was economic and then later became military too, with the opening of a military base and a port in Djibouti, has been an initial decisive factor. The Silk Road passes through East Africa and feeds into the Red Sea through the Bab el-Mandeb Strait, before travelling up towards Suez. Important Chinese investments in Ethiopia have contributed to a rapid economic growth over recent years. Investment in oil in Sudan has also been significant. Also important to mention is the Chinese interest in the African Union, whose new offices are in a skyscraper paid for by donations from China.

The competition in the Arabic Peninsula – especially in the Kingdom of Saudi Arabia-KSA and United Arab Emirates –, the search for new internal and regional balances, in particular in the light of the already predictable decline in oil income, is also reflected in the Horn of Africa, seen as a strategic backdrop. The war of the anti-Houthis coalition in the Yemen and the strategy, guided by the Emirates, which seeks to liberate the Red Sea of any presence of the Muslim Brotherhood, have turned the events of the Horn into a topical issue for the whole of the Middle East, up to Turkey. Eritrea has thus come back into play, offering support, including militarily assistance, to the Saudi-Emirates coalition. The new Somali leadership found itself in a difficult position, with its ties to Qatar and Turkey on the one hand and its recently acquired strategic value on the other. After Meles Zenawi, Ethiopia found itself weaker, internally divided and faced with a plurality of actors and interests, which have diminished its almost unique role as a regional power and privileged partner.

In the context we have briefly described, a number of new dynamics, which did not seem realistic up until a short time ago, have emerged and continue to develop.
The peace between Ethiopia and Eritrea is the most visible aspect of this change. The courage of the new prime minister Abiy Ahmed (an Oromo, after years of Tigray predominance), the pragmatism of the Eritrean president Isias. We can of course debate about the backdrop and self-interested considerations, but, as stated by Nelson Mandela: «Peace is not a dream: it can become reality; but to guard it you must be able to dream». If anything, it is a point of departure, not arrival. This is clear today with the serious tensions in Ethiopia and the difficulties Eritrea is having in abandoning the autarchic logics which limit its great potentialities. Photo: The flags of Eritrea and Ethiopia in front of the FIAT Tagliero building, Asmara. Photo by Stefano Manservisi

Not to be undervalued is the Somali State which is progressively taking shape. While its institutions and economy may be fragile, they do not lack credibility, based on a federal project which has partially replaced the traditional clan logic. Up until a short time ago, it seemed unthinkable that Somalia could enter the International Monetary Fund in order to negotiate the setting aside of its debt and the possibility of financing itself on the world markets, thanks to a State budget financed by local taxes. It was equally unimaginable that the national army does not rely entirely on the African Union AMISOM to fight terrorists and criminals.

Other elements worth mentioning are the agreement between the different factions in South Sudan and the new leadership in Sudan which emerged from the popular uprising that led to Bashir’s ousting. The situation created by the Covid-19 pandemic has hastened these dynamics and has exacerbated the existing fragilities. Perhaps it has had a smaller impact on health, but it has certainly affected development, modernisation and the fight against poverty. In the Horn, this means that transformations and peace are at risk. This new situation should represent an occasion not only for a renewed and brave political initiative, but also – if not mainly – for a new awareness. It is important to realise the social and cultural realities that have often been left behind or examined exclusively through scientific research. Yet the image of instability described above, based on poverty, forced movements and violence, still prevails in mainstream media.

With new dynamics emerging, this description of the area is not just a partial representation of reality but it is also superficial and most definitely no longer appropriate to appreciate what is happening in the region or to suggest key ways of predicting the future. Where does Italy fit into this context? The three countries, Eritrea in particular, were under the control of the Italian colonial government for a long time. Somalia remained under the Italian mandate even after the Second World War. Although it was only occupied for a brief period, Ethiopia had an important role to play in the Italian collective imaginary. Africa e Mediterraneo has observed the amnesia cultivated following the War. For example the fact that Italy was been an active part of European colonialism in Africa (see Africa e Mediterraneo dossiers n. 1/96 “Italia-Africa il rapporto da ricostruire” – “Italy-Africa, the relation to rebuild” and n. 2/96 “Storie e attualità dell’Italia in Africa” – “Stories and current events of Italy in Africa”). While there are numerous historic and specialised studies (e.g. Del Boca, Labanca, Taddia, Triulzi), nothing but a poor memory has been nurtured, transmitted and developed in terms of imaginary or public opinion. Italian colonialism is simply not studied at school. Now that both the events which took place in the African Horn and the migration phenomenon are drawing attention to these peoples and countries (and in particular to the Europe-Italy-Africa relations), it is both useful and necessary to start talking from an Italian point of view too.

Stefano Manservisi has been working with the European Union for more than 35 years. He has occupied different functions in the administration and as a top political advisor in several policy areas. He has been Head of Cabinet to President Prodi, Director-General for Development and political relations with Africa, Caribbean and Pacific, then DG for Migration and Home affairs and finally EU Ambassador to Turkey. His last position has been Director-General for International Cooperation and Development. At present, Manservisi lectures in Universities (Sciences-Po/Paris School for International Affairs, European University Institute), he is distinguished Fellow in various think tanks and advises several UN Specialised Agencies. He has been recently appointed Special Advisor to Commissioner Paolo Gentiloni.

Romano Prodi worked at the Faculty of Political Sciences at the University of Bologna, as a professor of Industrial Organisation and Industrial Policy. After 20 years of political activity at a national level, he became President of the European Commission in 1999 until 2004. During his time as president, the euro was successfully introduced, the Union grew to 10 new countries and the treaty establishing a European Constitution was signed. Since 2008, Romano Prodi has been President of the Foundation for Worldwide Cooperation. From July 2008 to 2010 he was Chairman of the United Nations-African Union High-level Panel for Peacekeeping in Africa. From October 2012 to January 2014 he was Special Envoy of the Secretary-General for the Sahel. 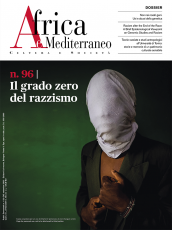 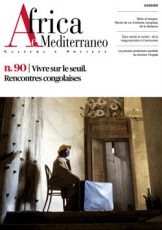 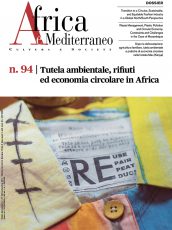 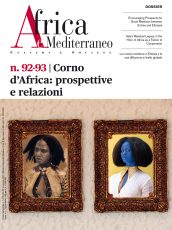 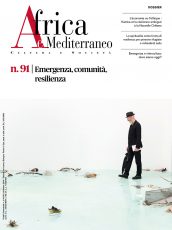 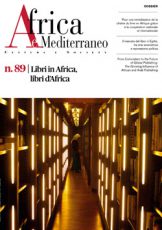